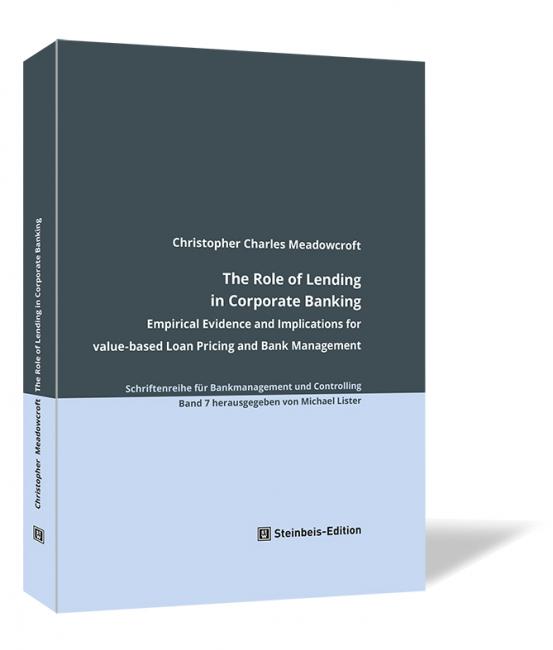 Corporate banking is often associated with lending. While the lending business does generally constitute a major part of the revenues of corporate banks, increased capital requirements combined with often saturated markets continue to challenge the profitability of corporate lending for banks. Under the paradigm of value-based management, firms should price products such that they increase or at least conserve the value of the firm (which includes covering the cost of capital). From a bank’s perspective this is especially vital for capital intensive lines of business such as corporate lending. At the same time, the impact which lending has on the overall possibility to generate value in corporate banking should be understood. In this work, the hypothesis that lending serves as an anchor product which facilitates cross-selling is empirically examined. In addition, possible implications for value-based loan pricing are discussed.

Christopher Charles Meadowcroft studied Management & Economics at the University of Zurich. He earned his doctoral degree at the Steinbeis University in 2018. He has more than 15 years of experience in the banking industry. // As of: 12/2021